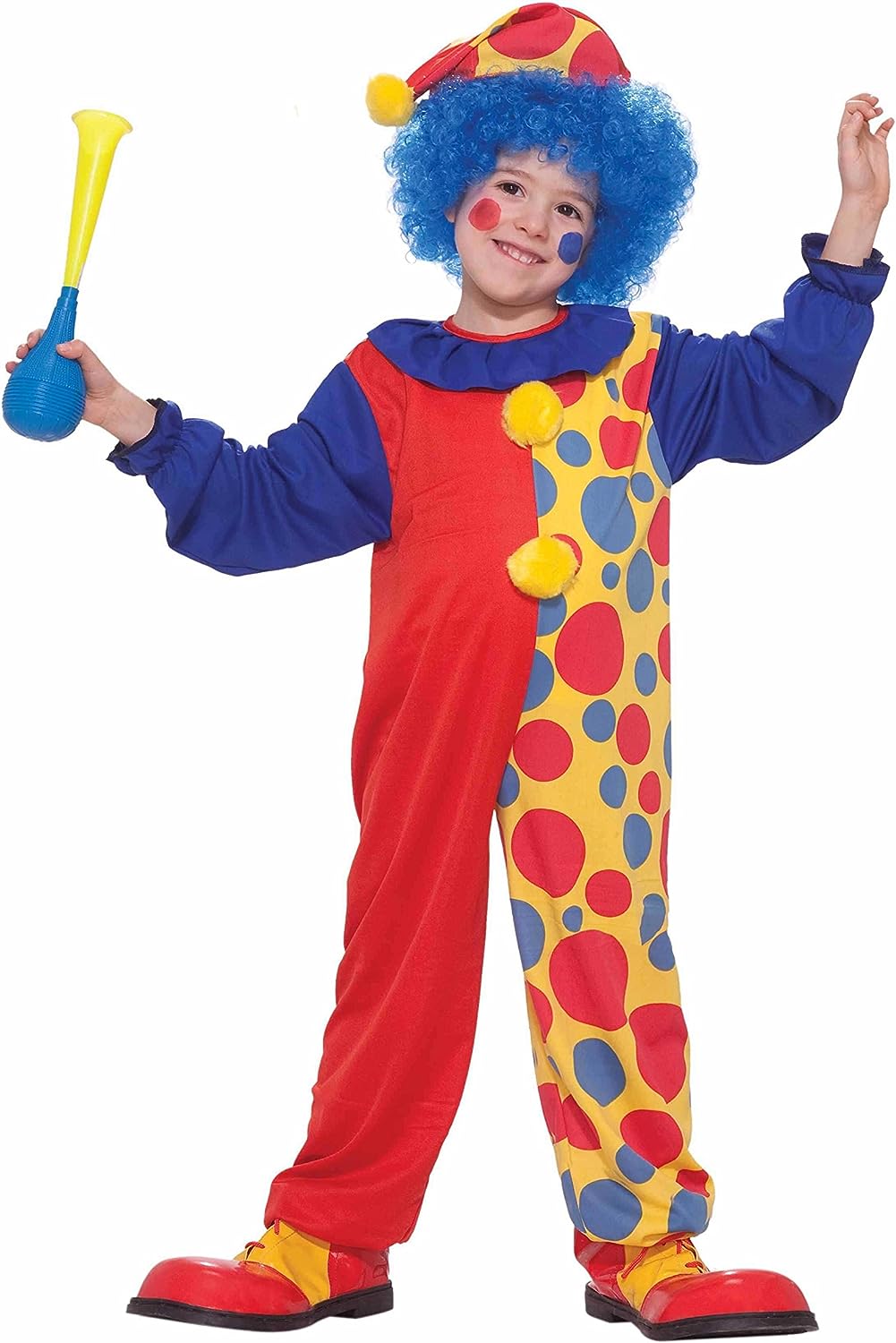 Classic clown jumpsuit for children. For more than 30 years, Forum Novelties has been a leader in the costume industry, as well as the joke, trick, magic and novelty gift item business. Forum offers over 8,000 items to choose from, ranging from baby costumes, to adult and plus-size costumes, to pet costumes. Look to Forum Novelties for all of your Halloween, luau, Christmas, Mardi Gras and St. Patrick's day supplies. From funny to frightening, Forum has it all.